We have made few enhancements in the Playbooks.

#1 : Switching between Playbooks made easy:

Now, you will now be able to switch between the Playbooks easily.
You can go to the Playbook, at the top left, you will see the drop-down, you can choose the playbook you want to view next.

A common question: When do you stop Playbook?

Answer: When the Account which is active in playbook do not require need to be completing or moving ahead in the steps, may be now playbook is irrelevant for that account, in that case, you could stop the Playbook.

Example: Customer got churn when it was Active in QBR playbook.  In this case, now it is irrelevant to complete the playbook, so you would want to stop the playbook, instead of completing it.

Now, you can stop the Account in a playbook right from Playboard itself.

Steps for stopping playbook from Playboard :

How to see these metrics?

In most cases, you would have a dedicated Customer Success Manager who will be your point-of-contact for any queries or assistance. You may also,

Choose files or drag and drop files
metrics
playbook
Was this article helpful?
Yes
No 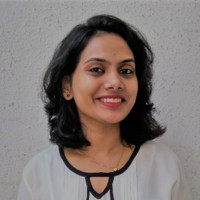 Comments are disabled for this article